My last post about slobber cock in Japan got quite a response on Facebook, so here's a couple more noteworthy examples of poor product name choice in Japan: BJs at Canon, and Japanese Slats for sale in convenience stores nationwide.

The first of these two ads caught my eye more than 10 years ago, when Yoshikawa Hinano, an up and coming Japanese model became the spokesperson to promote BJ printers from Canon. The name BJ was from "Bubble Jet," since the Japanese love to shorten every English word to either letters, or some kind of abbreviation of a few syllables.

Clearly, nobody from any of the international offices took the time to drop an email to the head of the ad department in Japan. Or maybe they did, but the company knew that Hinano, being neither the brightest nor sharpest crayon in the box, would not be aware of the wider implications of her offering up BJs on TV. But I think it's the explosive enthusiasm of Hinano that makes the BJ name choice just so wrong, and yet soooo right. 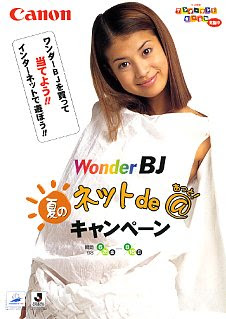 And the video. There's no way anybody can deny that Hinano's explosive bucket of BJ clippings was meant to be anything but overtly sexual. You gotta love the poor old lady who has to clean up the mess. Now I know how hotel maids must feel. Anyway, at the end she lets us know that a BJ from Canon is wonderful, which I'm sure nobody would dispute. The video ends with a nice touch of bestiality for a classy finish.

The other ad isn't quite so bad, but is still a bad name choice. It's Asahi's new product, Slat -- a diet alcoholic beverage that is pronounced SLUT. Niiiiice. Let's hope there's some decent cause / effect relationship from drinking the stuff. 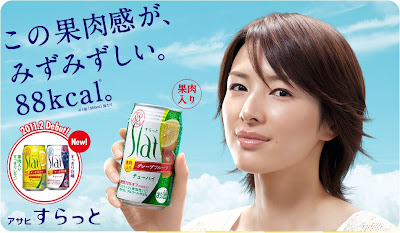 ------------------------------
And another addition to the Wacky English thread. Just got this in my mail. I'm both impressed that somebody actually knew the abbreviation for Double Income No Kids...DINK...and amused that they are juuuuuust clueless enough to print it on the formal 60X40 cm glossy poster ad they put in my mail. 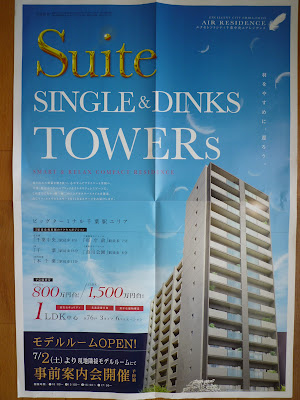