Many of my posts are observations about modern Japanese society from the point of view of a foreign resident. This time, I'm turning the gun on my own kind...IDIOT GAIJIN

Today I was watching some news online only to find this video about an IDIOT GAIJIN who went swimming in the moat around the Imperial Palace in Tokyo...NAKED. Yes, this is the palace of the very much loved and respected Japanese Emperor Akihito and the Imperial Family. I can hardly think of a more insulting and disrespectful thing that a foreigner could do in Japan. But it's a testament to just how forgiving our Japanese hosts are that nobody shot or beat the guy. In fact, the one man they interviewed was so reserved, I realized how lucky we are here some times, and just how patient the locals are when we do IDIOTIC things (and all of us gaijin here do stupid shit from time to time; I'm no exception).

Here's the video (it's from Reuters so give it about 40 seconds before it shows on the screen).


NEWSFLASH FOR SIMILAR IDIOT GAIJIN:
Japan is our home too. And most of us living here try our best to at least SHOW respect, even if we are critical at times. Every time an IDIOT GAIJIN decides to make a huge shouting scene in public, or hit a car on the hood that's driven too close or decides to get butt naked and take a dip in the Imperial Family's back yard, you are insulting the Japanese. And that's just rude. If you're crazy, then get your pasty white ass out of Japan and back to whatever country didn't want you in the first place.

In addition to just being a moron, this IDIOT GAIJIN raised racial tension with one stupid act on national television. As many foreign residents write about in blogs, it can be VERY difficult to live in Japan sometimes when you're not Japanese. One of my colleagues recently was on the verge of signing a rental agreement when the landlord suddenly decided that she just didn't want a "gaijin" living in her apartment. Imagine the shit that would hit the fan in Canada if some white guy said, "Sorry, no Asians allowed." You'd be sued in a heartbeat. But here in Japan, it's par for the course.

And in a more recent example, today I went into the AEON bank to ask about getting a home loan for the apartment I want to buy. A very modest loan on a very cheap apartment. They kindly explained everything to me...but in the end said that I had to wait until I got a permanent residence status before I could apply. The fact that I have been here for 17 years, have a steady job and I make three times as much as most of the young salarymen they typically lend insane amounts of money to means nothing. I'm not Japanese. End of story. Did I get angry? Not at all. They were super nice to me, and this is Japan. If I don't like it, then I can get my pasty white ass back to Canada. Do I wish this situation would change? Yes, 100%. But it will NEVER change as long as fucking idiots like this Spanish pendejo retard keep doing stunts like this in Japan.

I'm embarrassed to be thought of as being the same as this chingon. I almost don't want to leave my apartment today. What a jackass! 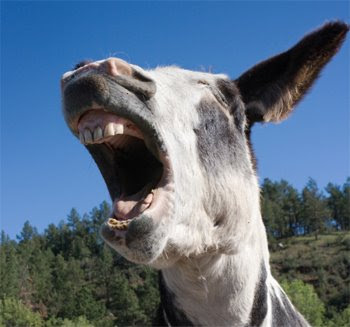 I hardly ever use the word “gaijin” because it sounds like a discriminatory word to me. As you know, it literally means “an outsider.”

I watched this news on television yesterday morning. Due in part to the effects of beer, I burst out laughing at the crazy naked swimmer. What a moron!

I have found two characteristic phenomena of Japanese people who socialize with people from overseas. First, we tend to look at them with curious eyes and talk to them with too much familiarity. (I feel that there being keigo in the Japanese language, it can be very difficult for Japanese people to converse friendly with each other even if it is an informal situation.) Second, we are inclined to assume that foreign people have no idea about Japanese customs, cultures, and the language. (This leads Japanese bank clerks or landlords to assume that foreign people are not creditworthy.) In my opinion, as you have pointed out, the Japanese are generally good-natured, but we are sometimes apt to be “back-seat drivers” for this reason.

Despite globalization, here in Japan, these propensities of Japanese people make it difficult for foreign people to assimilate into our country.

When I was staying in London, I was surprised to find that there were a lot of ethnic groups coexisting in the same society. I understand that it is true of the United States or Canada. Japan is not a racially homogeneous nation, but not a melting pot such as these countries either. Historically Japan has accepted immigrants only on very strict conditions, merely introducing and benefiting from their cultures, (part of) their languages, their technologies and political systems. Mind you, Japan is not a new country like the United States or Canada. In addition, it is far smaller than North America and was less economically developed than its counterparts until 1960s, which made the country less attractive to newcomers.

>Imagine the shit that would hit the fan in Canada if some white guy said, "Sorry, no Asians allowed." You'd be sued in a heartbeat. But here in Japan, it's par for the course.

I didn’t know the expression “the shit hits the fan” and have just looked it up in my dictionary! I see. In Canada, a landlord who would accept only his fellow Canadians would be accused of being a racist! It sounds very sensible to me!

As far as I am concerned, I know that some “gaijin” are fucking idiots or completely unreliable, but whether I can keep trusting foreign people living in Japan is a different matter. I wish the Japanese would abandon the word “gaijin”, be more open-minded and use common sense not to discriminate against people from overseas!

Yeah, I think if I had been drinking I might not have been so pissed about it, either. lol

As for Japanese being prejudiced...well, I don't think it's just the Japanese. My dad was pretty racist at times, too, as were many of the relatively enlightened friends I had at university. And there were plenty of racists in Italy when I lived there. Likewise with Morocco. Racists and people who love to "judge the book by its cover" are everywhere.

Where Japan fails is that it has not made any specific legislation to prevent people from using race or other irrelevant qualities (including gender) to bar people from renting, getting jobs, getting in taxis or onsens and so on. And although it's sad, it really does take the government to take the first step. Otherwise, nothing is going to change.

You wrote about people who hang out with foreigners, I think that this will be the way that Japan starts to understand gaijin, and we start to understand the Japanese. Through friendship and open and honest dialogue. And BEER! lol

Anyway Taku, thanks for posting again. Your ability to get your point across in English is amazing -- perhaps the best I've ever seen!

This is Andy (The brit from Bordon)
Found your blog randomly while searching for design images...

Agree with the comments about this aqua jackass 100%.

I'll make sure I keep checking this site, keep it up.
This is my blog:

Anonymous said...
This comment has been removed by a blog administrator.
7:05 PM

i've heard foreigners complaint that we japanese always pick them up and pointed their prob all the time even Japanese people might do the same stupid things etc etc or something like that.
so they concluded their opinion as japanese are racist.

well, they should just leave here if they can't take it. that's it.

but im glad to know there's foreign people like you who get angry at idiot gaijin and get pissed the same as we all do.

Japanese people also have to be changed in many ways to cooperate with foreign people living in japan
but, as you said, "it will NEVER change as long as fucking idiots like this Spanish retard keep doing stunts like this in Japan."

I never knew they will act like that. But to my opinion not all Japanese are racist.