How to wash your butt in Japan

Japan is famous for using English in ways that have no meaning in advertising and on T-shirts. While this Japlish is funny, I find myself more interested in examples of correct English grammar.

To quote a once-famous TV commercial, "You've come a long way baby!" When I first arrived in Japan, finding a grammatically correct English sentence was about as likely as finding a good espresso. They just didn't exist. Everything was a bastardized form of English known as Japlish. There are plenty of sites out there that contain some hilarious examples.

Things have changed since then. Every year more signs, menus, instructions are at least grammatically correct. But I still find them pretty hilarious. For instance, I got a kick out of these explanations at a "washlet" toilet in Narita International Airport. For those of you who have never been to Japan, a washlet is a toilet with a heated seat and a rocket-ship control panel beside it that allows you to shoot warm water to clean your bum (you can, of course, control the temperature). You can then turn on an air dryer that dries you off. No chafing, no fuss, no muss. It's like a car wash for your ass. 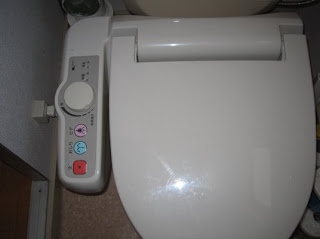 Anyway, I found the explanation hilariously literal, especially the "washing the rear" and "rear washing stopped." It's quite typically Japanese to give too much information, to the point where it's almost insulting. Great vocabulary choices, however. 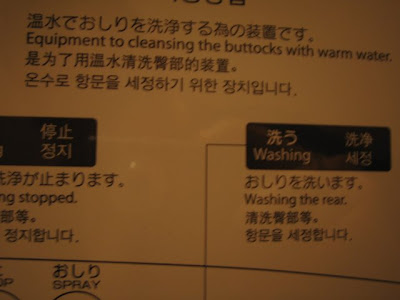 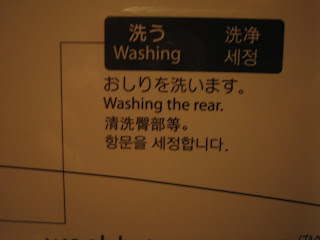 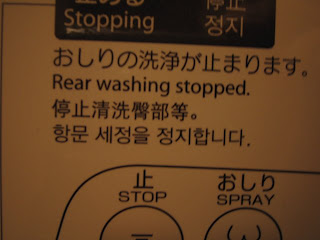 Advertising has also changed. (Almost) gone are the days of strings of "feel good" words like, Fuzzy furry bunnies we are love to everyone with happy dream. Now you can read complete sentences. But it still maintains a certain Japanese flair to it. Like, f'rinstance, this can of chu-hai. Chu-hai is a mix of Korean sho-chu alcohol with some kind of fruit mix. Yes, it's a bit foofy, but they go down as easy as fruit juice, and I can count it as a serving of fruit, as they have grapefruit chunks in them. Nutritionally intoxicating! 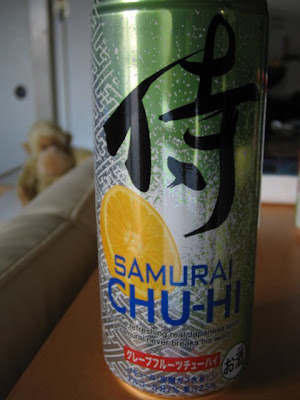 While the main slogan was fine, "Enjoy the refreshing real Japanese taste," I found the subtext on the "Samurai Chu-Hi" to be pretty chucklatious: "A samurai never breaks his word." The implication here is that if you drink this, you will have all of the character and integrity of a Japanese Samurai. And all the marketing savvy of an company that puts their most ethnically distinctive label on a can of Korean alcohol. Kudos! 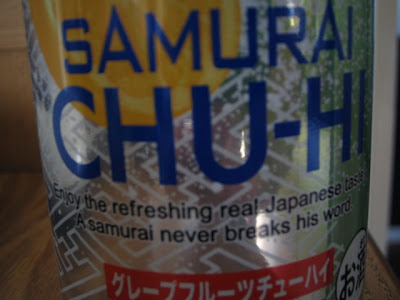 OK, now that I'm writing all this here, it's lost its initial humorous impact, which probably means I was already nutritionally intoxicated when I wrote it. I'll try to find something a bit more refreshingly real to post next time around.

OK, I think I spoke too soon. Here's a sign from the bathroom in the city hall building I found today. Looks like they have a ways to go still. 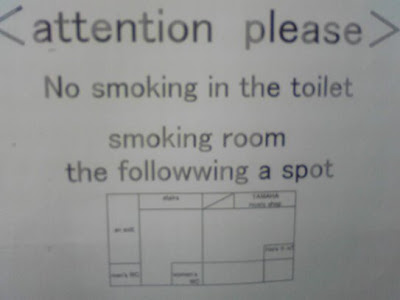 And shortly after leaving city hall, I went to Starbucks where a girl was wearing a sweatshirt with grammatically perfect, but nevertheless wacky Japanese.

Ravishing Virgins Are of The Same Mind
A perfect candidate sentence to prove why Chomsky's Transformational Generative Grammar is bullocks.

I love a 'star trek toilet'. Believe it or not a Japanese friend here in Melbourne was looking at installing one at home - apparently it is possible to buy them in Oz.